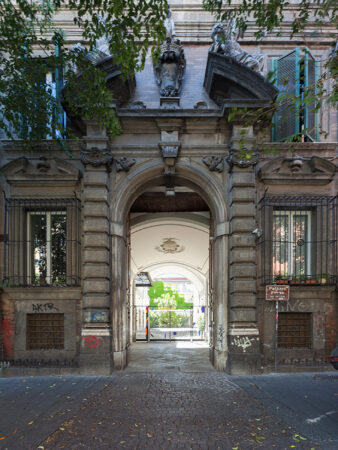 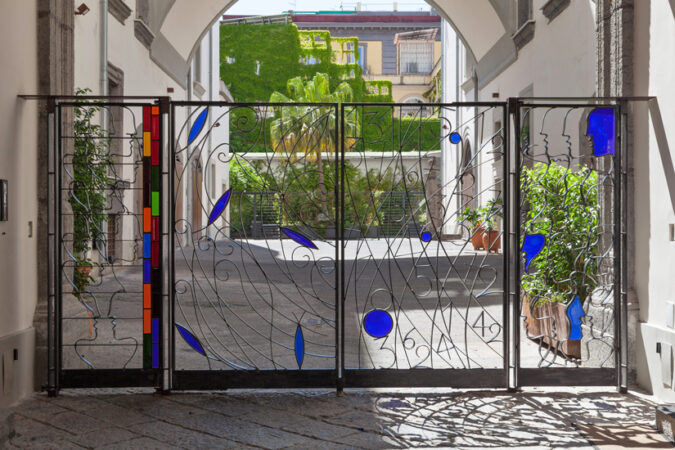 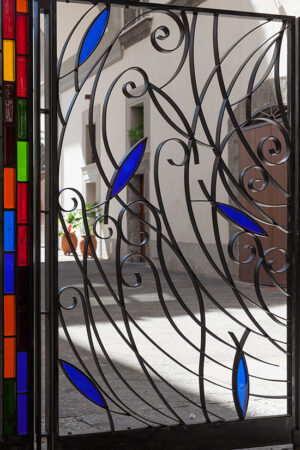 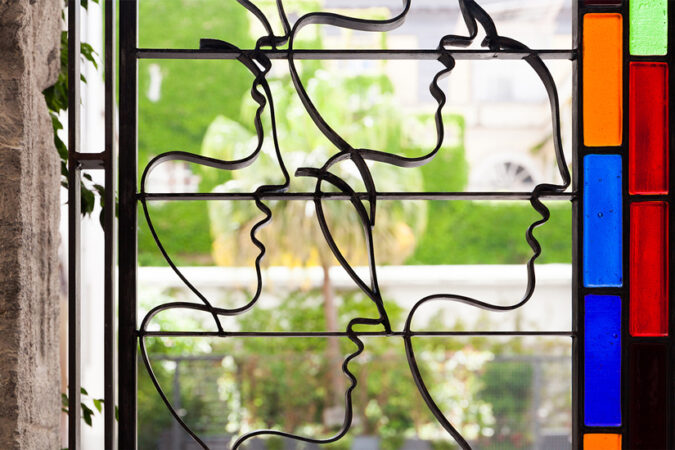 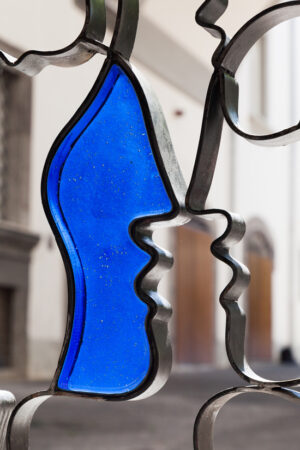 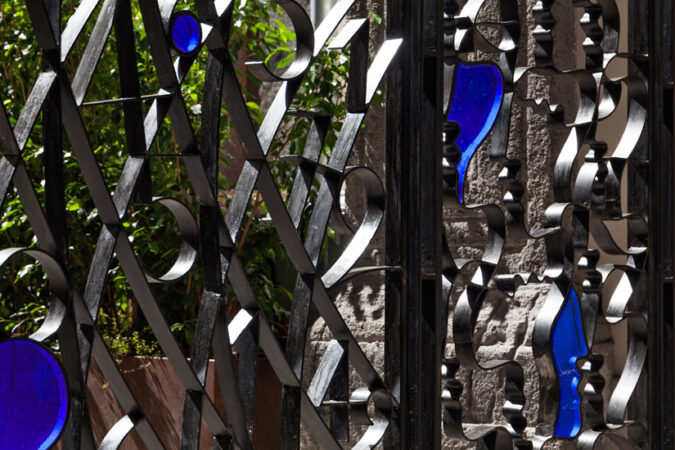 Within the restoration project of Firrao Palace, an historical Sixteenth Century mansion in the city centre of Naples (Italy), in 2020 the building was adorned with the installation of an entrance gate specifically designed by the artist Mimmo Paladino.
Installed in the entrace hall, the large-scale sculpture works as a diaphragm defining the boundaries between the outside and the inside, the heart of the city and the internal courtyard. This space, so intimately protected, became the stage for the theatrical festival Teatro di Corte, organized by Associazione culturale Palazzo Firrao in collaboration with Teatro Pubblico Campano. Starting from Thursday 25th June 2020, theatrical performances have been held for four weeks, hosting the most representative actors and musicians of the national scene.

The permanent installation by Mimmo Paladino was curated by Galleria CASAMADRE, Naples. The architectural project, supervised by Studio Dumontet, was officially approved by the Superintendence of Fine Arts and Urban Landscaping of Naples, which considered “… praisewhorty the proposal to add a contemporary art work of the highest quality in such a monumental framework”. The gate, realized with painted wrought iron, has been produced by Corrado Tamborra. Studio Reduzzi was involved to realize the coloured inserts with high-tickness melted glass as designed by the artist.